Men in Black is getting another reboot.  This time, overseas and with a new cast.

Secret missions.  Aliens.  Cool weapons. Putting away bad guys.  Sign me up says Liam Neeson.  The spinoff movie will include Chris Hemsworth, Tessa Thompson and others.  The movie will be directed by F. Gary Gray, who recently directed The Fate of the Furious.  Steven Spielberg is the Executive Producer. 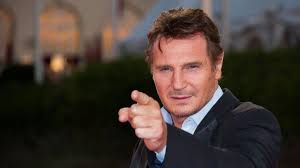 The original Men in Black opened in 1997 and starred Will Smith and Tommy Lee Jones.  The movie grossed $250M domestically.

First Photos of Chris Hemsworth on Men in Black Set!

Check out the first photos of Chris Hemsworth filming the untitled Men in Black reboot movie, courtesy of Just Jared below. Hemsworth was seen on set in his suit and shades in London, England on […]